“Start-ups are breaking laws abroad and are in danger” 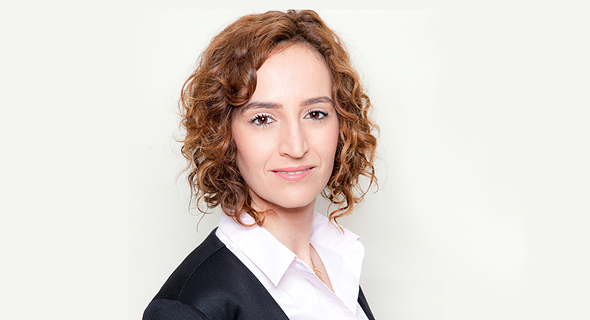 Relates Eynat Guez, the founder of “Papaya Global” that operates a platform for adapting the management of employees to the laws of foreign countries. This is Guez’s third company. She tells “Calcalist” about the difficulties of managing employees abroad and about the mistakes that fast growing start ups  make in this field.

“Fast growing start ups companies break the law and cause themselves great damage”, Eynat Guez, the CEO and Co – Founder of “Papaya Global” told “Calcalist”. With woman making up 50% of its work force, and another 10% made up of a staff of Palestinians, ultra-orthodox women in Zefat and Bedouin in the Negev, with a turnover of 2 million dollars in its second year of operation, and zero investment until now from venture capital funds, Papaya Global is an exceptional start-up.

For Guez, this is the third company she has established; the former two (Relocation Sources in Israel, and Expert Source in Asia) were service companies which were set up without raising capital and grew very quickly. “Papaya Global is the transformation of the whole world of global know-how that I accumulated through the years to an automated payroll platform which to me, was missing in my relationship with customers.

On the one hand, we are used to managing everything in a controlled, computerized and automatic manner, when its related to salaries and expenses in the headquarters of the company, but on the other hand, because lacking of solutions for global management, and the difficulties involved in global management, companies have been forced to leave this like a black hole, managed manually, with many mistakes. We are here in order to completely solve this.”

According to her, the best feedback for the company occurs when its customers initiate activities in countries where they did not do so before because of the complexity and legal liability – something that Papaya makes possible for them to do now.

Papaya Global has raised 2.6 million dollars from private investors, including Sir Ronald Cohen, Gidon Argov, Ido Greenberg, David Dray, and others, and is currently completing another round of funds raising. “All of us, including venture capital investors who work for the VC firms, expect  to get a salary at the end of each month, and more than this, they expect that it will be paid on time, with accordance to their contract and will be consistent with all the country’s laws,” said Guez.

“But no one is investing the time to look at the process within the organization in order for this to happen – collecting data and updates, transferring this to the accountants dealing with salaries, checking the pay slips that are processed, transferring the net payment to the employees and transferring payments to different insurance, taxes and social benefits companies.”

“This is a comprehensive system in a working organization which must be able to manage many processes. Look at a global company – today it has about 40% of its employees who do not work at the company headquarters but are spread throughout the world, sometimes in 10 different places, and this whole process must be managed correctly in each of these locations, with all the difficulties of distance, language and lack of local knowledge. Papaya’s platform manages it all automatically, in a manner which insures that you are an employer who respects all of the local labor laws without even knowing them.”

Guez says that Papaya can give such service in 100 countries, from the first employee to thousands of employees, in case of Relocation, allowing the company to reduce the time spent on these issues in a significant manner. “This creates satisfied employees who feel that the organization cares about them, in spite of its distance, and essentially, maintains an international payroll with zero mistakes along with full control, and the ability to understand what the expenses are, and the ability to make intelligent decisions as to recruiting and growth,” she explained.

“It will be OK approach” –  Danger to Entrepreneurs

“Unfortunately, after many years I still see fast growing  high-tech companies, at least 70% of them which are growing rapidly, choosing to take shortcuts in their global activities – paying workers without a pay slip, not complying to local labor laws, employing workers without work-licenses, and more. This is absurd. The “It will be OK” approach here can lead to the closing of markets for companies.”

Guez told “Calcalist” about a client who came to Papaya after his bank accounts were frozen in China because they had transferred employees’ salaries directly to bank accounts in Hong Kong without reporting it in China, in violation of the law. On the other hand, he still had Chinese employees who needed to be paid so that he wouldn’t break the law of holding back payment to employees. In addition, she spoke of a client who was sued by his workers in Brazil, because in spite of being signed up as subcontractors, they were still entitled to the social benefits provided by the local law.

“I cannot understand the risks that companies are willing to take in these matters. It’s similar to a situation where a company will decide not to pay taxes in the US  based on the reasoning “What are the chances that they will catch me?”, said Guez. “How do you explain to your investors that instead of taking care of growth and clients, you, as the CEO, have to deal with law suits by the tax authorities in a country you know nothing about, or a lawsuit by employees in the local court system. I think that this irresponsibility on the part of Israeli start-ups has to end. The employment of workers is the greatest exposure to liability that a company has, and no court will give you a shortcut if you have not paid your workers according to law.”

With the global expansion taking place today, there is a paradox – on the one hand, everyone understands that they must grow quickly, both from the manpower point of view and also with respect to markets, everyone talks about the “gig economy” that is taking over the world. On the other hand, the ease in which one can employ workers in far off countries is contrary to the direction that labour and immigration laws are going: most countries in the world limit employing workers as subcontractors and impose sanctions on companies who hire them as such instead of hiring them as company’s employees.

Immigration laws have become tougher and the possibility of relocating of workers has become quite complex; and most countries have made their labour law more strict and have begun to set up a framework of obligatory pensions, severance pay, and complex procedures for dismissing an employee. In addition, employees are not in a hurry to accept work offers by international companies without receiving all of the benefits that a local employer would provide.

Solution behind the Green Line

“The future of Papaya really excites me. We are developing tools that help companies to be better employers, but also helps them to easily employ the exact type of workers that they need in every place in the world” said Guez. “From my point of view, Papaya is the best example: after we raised the first million dollars, we needed to ask ourselves where this million would take us with R&D in Israel – indeed the first million was intended to allow the company to raise its head above the water. We concluded that the R&D will not be in Israel, and after a brief period of working with designers in Israel, we decided to outsource the design work to Poland as well.”

“A year afterwards, I wanted to establish a native English sales team (SDR) in Israel. I found myself searching high and low for candidates and barely succeeding in convincing them to come to an interview. One of my investors connected us to a development center in a Palestinian village, Rawabi. I met with their sales manager who spoke perfect English. I asked her how I could attract five workers with English such as hers. We created a new expertise for them that they did not have before. We got employees who live within a half hour trip from Rosh Ha’ayin, with sky high motivation and astonishing achievements.”